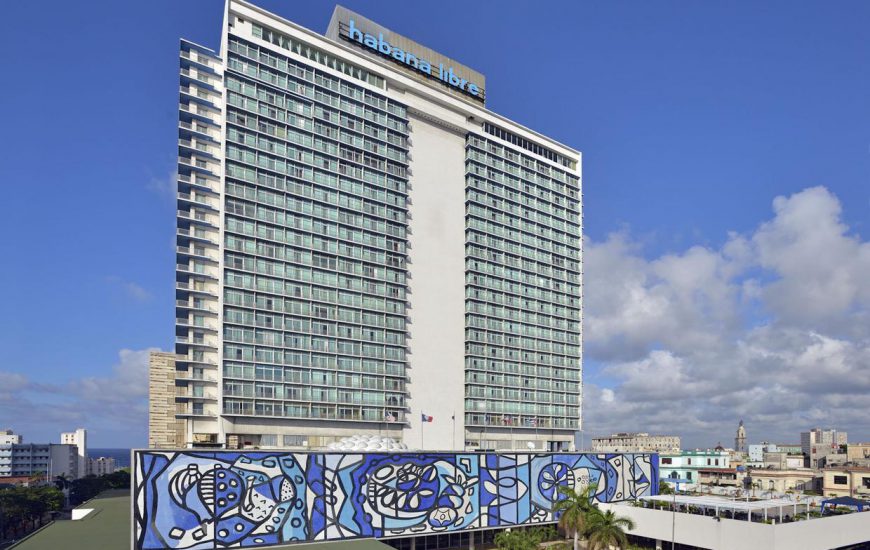 The 4-star Hotel Habana Libre is located in 23 y L, Vedado, Cuba. It’s one of the tallest hotels in the country and one of the most emblematic sites in Havana city. It’s considered a gem of this modern city, from the urban point of view. Its’ situated in the center of La Rampa, Vedado, one of the most famous corners of the Cuban capital, a few steps away from the popular Coppelia (the Cathedral of Cuban Ice Cream).